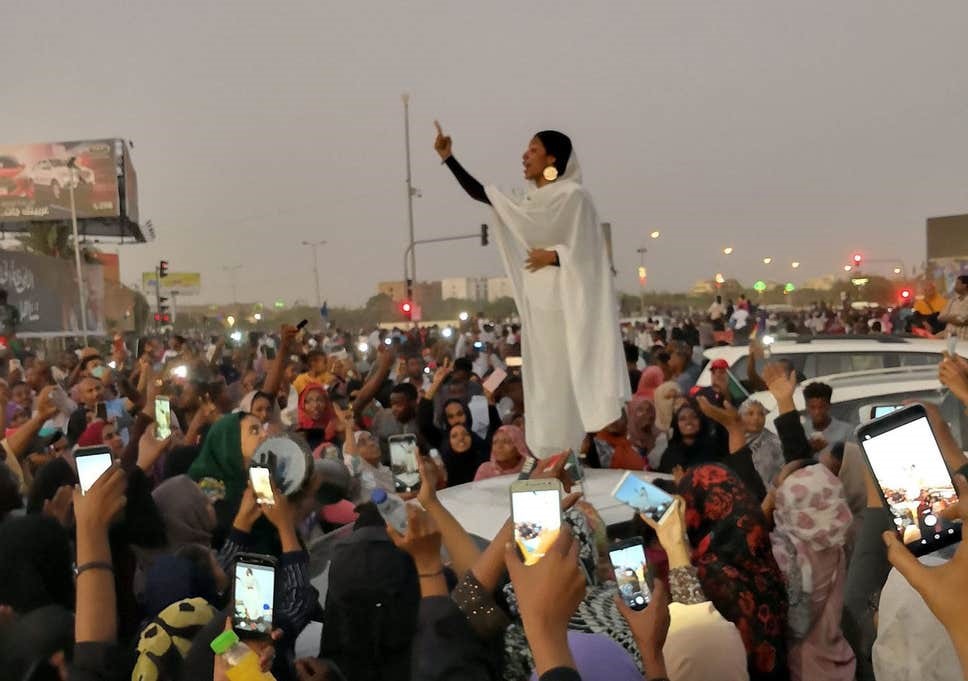 Sudan has long endured 3 decades of oppression under ruthless dictatorship, including the Darfur genocide. On the night of 10th April 2019, President Al Bashir was finally overthrown. Just before the revolution, Sudan experienced 4 months of unending protests. The opposition coalition of civilians, in particular, the Sudanese Professionals Association (SPA) has been guiding the youth-led revolution. They have been demanding a civil led government. SPA stands out to Kectil as a hallmark of the role youth in developing countries can play in shaping the future of their countries. Alaa Salah, a 22-year-old Engineering female student was photographed leading the revolution in Khartoum. She became a global icon–a depiction of the immeasurable power youth and women possess and a symbol of the struggle in Sudan. Her courage and that of other youth protesters in Sudan quickly spread through social media and the whole world. Her courage and that of her fellow protesters have fired up in the country and citizens are adamant to demand for a civil led government.

It’s now barely 3 months since the military and Sudanese civil societies withdrew president Al Bashir from power. Army officers have scraped talks over power-sharing with the civilian opposition alliance. The military has no apparent interest in democracy. The internet has been turned off in the country intentionally to weaken the protests. Youth in Sudan have relied on social media to share messages on the state of affairs in Sudan. Even with the withdrawal of internet services, they are not relenting. SPA says civil disobedience will only end with the transfer of power to a civil transitional authority in accordance with the declaration of freedom and change (DFC). Forces for the Declaration of Freedom and Change (FDFC), a civilian group representing protesters in the negotiations have now begun a “revolutionary escalation” involving night rallies on Tuesdays and marches on Thursdays to increase pressure on the military to transition power. FDFC also proclaimed a set of conditions for continued negotiation which include a commission of inquiry for the killing of protesters, restoration of internet connection and honoring the agreements made in the first sets of the negotiations.

Youth globally should support the Sudanese youth-led change. This is the Kectil Generation at work. Youth should be mindful of the consequences of the Sudan experiences on you and your future. Silence can be tantamount to tolerating the oppression and atrocities by the Al Bashir regime, even in the form of the successor military regime. There is a global demand for a high-level diplomacy process that will help bring Sudan to civilian rule. The youth must stand together as next time it may be your country or a neighboring country. And otherwise, Africa and Europe will continue to experience global consequences of the crisis of the flow of refugees from Sudan. We encourage all Kectil Colleagues to let their voice be heard. Protests have been held in countries including at the US capitol calling on the attention of the world to the cry of Sudan. There is now mounting pressure for the international community including the US Congress, the UN, the African Union, and the European Union to create serious consequences for the crimes being committed in Sudan. The Kectil Generation has a duty to keenly follow and reflect on this crisis. It is an important case for you to understand your significance in making political decisions and finding an opportunity to be part of the change. Courageously share your ideas just like Alaa Salah did.