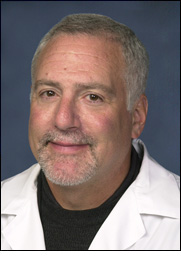 Dr. Litvack is a Board Certified Internist and Cardiologist.  He is a native of Montreal, Quebec and completed his undergraduate and medical studies at McGill University. Dr. Litvack fulfilled his cardiovascular training in Los Angeles. Shortly after, Dr. Litvack began his career in Academic Medicine and was appointed Co-Director of the Cardiovascular Intervention Center at Cedar’s Sinai Medical Center in Los Angeles and rose to Professor of Medicine at UCLA Geffen School of Medicine.  There he led a prominent clinical and research program known for its excellence in innovation, care and leadership in Translational Medicine. He is the author of more than one hundred original articles and other publications.  Dr. Litvack is the recipient of several awards including the Leon Goldman Medical Excellence Award for contributions to the field of biomedical optics related to his work developing the excimer laser for medical applications and the United States Space Technology and Space Foundation Hall of Fame for pioneering work with the excimer laser. Dr. Litvack left full time practice and academics in 2000 to concentrate on entrepreneurial activities.