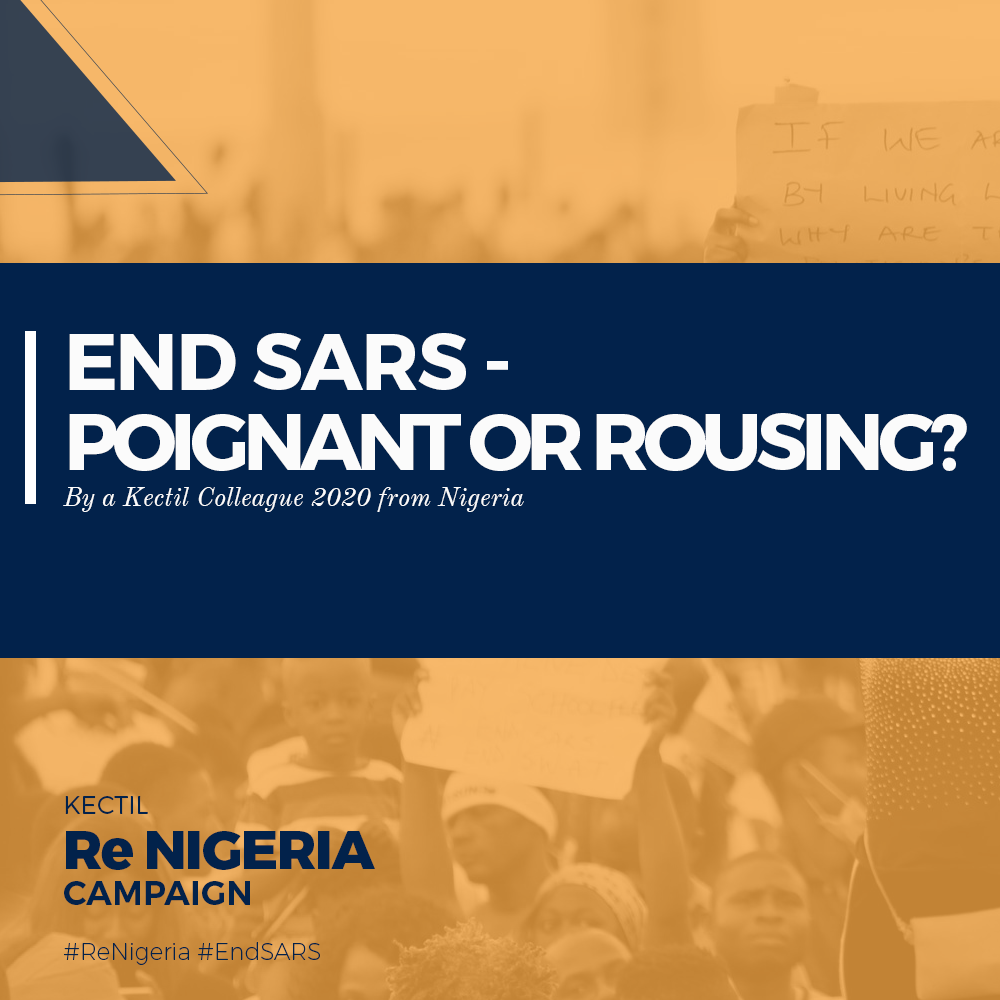 The sequel of events following the recently held #EndSARS Protest in Nigeria have been incredible and grossly unpleasant. It has once again raised the aged question regarding what kind of polity Nigeria is, and what the future holds for her citizens.

Arguably the biggest Nigerian democratic agitation of the last 25 years, the EndSARS Movement (a campaign against mass brutality, maiming and extrajudicial killings, perpetuated by the Special Anti-Robbery Squad (SARS) – a division of the Nigerian Police, for several years, with Nigerian youths being victims of these dastardly acts), initially started in 2017, but the most-recent and famous protest referenced here, spanned between the 8th – 20th of October, 2020.

A report publicized by the International Society for Civil Liberties and the Rule of Law, on the 26th of October, accused the now-disbanded Special Anti-Robbery Squad (SARS) of carrying out 30,400 extrajuducial killings of Nigerians since 2004.

The 2020 EndSARS Protest was a well-coordinated 12-day nationwide movement by Nigerian youths. This was more interesting because it was completely decentralized, as youths and even older people, from all walks of life, within Nigeria and in diaspora, arose and joined forces to raise voices in a bid to bring to an end this gut-wrenching situation. As at the 3rd of October, it started as an online affair on Twitter, and on the 8th of October, Nigerian male celebrities Douglas Jack Agu (Runtown), and Debo Adebayo (Mr. Macaroni) led protest rallies at different locations in Lagos State, Nigeria. It can be recalled that on that day, Mr. Macaroni led a batch of youths on a peaceful rally to the Lagos State Governor’s Office at Alausa, Ikeja, Lagos, Nigeria, but were denied entry by the security officials. These youths had to spend the night in front of the Governor’s Office, and this show of determination spurred widespread rallies across several states nationwide, with notable locations including Ughelli (Delta State), Abuja (FCT), Ibadan (Oyo State), Abeokuta (Ogun State), Benin City (Edo State), Port – Harcourt (Rivers State) and so on.

The protesters earmarked a five (5) point request to the Nigerian government as thus:

The Nigerians-in-Diaspora also decided to hold solidarity protests in various countries – United Kingdom, Canada, Czech Republic, Germany, United States of America, among others. There were massive contributions across board – financial, welfare, logistics, legal etc. Feminist Coalition, one of the most-prominent activist groups for this cause in Lagos State, comprising of 30 women, received financial donations amounting to over N130million, with every penny being accounted for. They helped organize twice daily food supplies for protesters, emergency call services, transport, legal back-up, general welfare and so on. Virtually every area of expertise was employed in this protest – medical, IT, legal, logistics, financial, telecommunications, social media influencing etc. It was truly a statement that would resonate for generations. The international support was massive, as several governments, democrats, artistes, entertainers, sports-persons and so on, either lent their voices to support this movement, or donated towards the cause. Twitter was the most widely used social media channel, and remarkably, the CEO of Twitter, Jack Dorsey, vocally supported the movement, and even designed a logo for the #EndSARS hash tag.

Although SARS was disbanded after three (3) separate proclamations by the Nigerian government, the other requests were neglected, leading to persistence of the protests. It must be recorded that there were reports of shootings of youths by the Nigerian Police in some places as the Nigerian government committed more efforts to stopping the protests than granting the requests. There were videos of thugs being sent by politicians to disrupt protests, and some of them that were caught owned up to say that the politicians only promised to pay them a meagre sum of N1,500 each, after they carry out the assignment. These shameful acts by the government reached unimaginable heights, when on the 20th of October, 2020, at about 6:30pm (WAT), the street lights at the Lekki toll-gate (one of the most prominent protest grounds in Lagos State) were switched off, and some men removed the CCTV cameras at the scene. Afterwards, at about 7pm (WAT), a truck containing armed men in Nigerian Army uniforms appeared at the scene, and these men shot recklessly into the crowd for about 30 minutes. A total of 78 protesters were killed and many others were injured that night.

There were also reports and video evidences of shootings by police and military men across various parts of the country, and it was estimated that a combined over 150 youths lost their lives in this struggle. This incident is widely regarded as perhaps, the darkest day in Nigerian democratic history, and has drawn widespread criticisms from various quarters (nationally and internationally). One highlight was the interview of the Lagos State Governor, Babajide Sanwoolu, by the popular CNN Correspondent, Becky Anderson on the 27th of October, 2020, where the Governor was quizzed regarding matters surrounding the killing of protesters. The Nigerian Army and the Government have both denied responsibility for the killings, and although, judicial inquiry panels have been set within every state, Nigerians lack faith in the process and so far, nothing tangible have come out of it, raising fears that the death of these innocent citizens may once again be in vain.

After the Lekki shootings, the nation went into a state of anarchy, as hoodlums and thugs attacked, looted and destroyed public and private-owned buildings, businesses and offices nationwide, as a means to express their grievances towards the government. Several warehouses containing COVID-19 palliatives (hoarded by the government) were discovered and looted by hungry citizens nationwide. The Nigerian government then responded by imposing curfew across various states within the country. Another disappointing development is the proposed Social Media Bill, with the aim of censoring social media use within the Nigerian space, citing China as a nation that has tread that part successfully.

These sequel of events have raised a lot of reactions from citizens, that the only channel where freedom of expression partly remains is about to be hijacked from the people. Now, the questions are:

Many twists have come to the fore since the Lekki shootings, including tribal issues, the cabal within the Nigerian government, rumors of the death of the President, Mohammadu Buhari since 2017, and recently, the bank accounts of several individuals who spearheaded the protests have been frozen by the Central Bank of Nigeria, and these individuals dragged to court.

These events have caused a mix of pain, fear and regret among many citizens, leading to a resultant gloom and lack of hope in the Nigerian State. Despite all these, many youth leaders are igniting belief in the emancipation of the Nigerian Youth, and championing a cause to wrestle power across national, state and local government levels in the forthcoming 2023 General Elections. This potentially presents a glimmer of hope and belief, in the quest to end bad governance, and provide a blueprint for a better Nigeria.

*This is the original written work of a Kectil Colleague 2020. As preferred by the Colleague, we will keep his/her identity as anonymous.