WOMEN IN BUSINESS- ACHIEVING SUCCESS THROUGH ETHICS AND DETERMINATION

ACHIEVING SUCCESS THROUGH ETHICS AND DETERMINATION

“We are all human beings with our own challenges and weaknesses. Life is a problem-solving process, and I guess without all these challenges life would be monotonous! . . . On the other hand, life is a blessing. There are so many things that I personally am thankful for. . . I would like to contribute more to other people’s lives – to be a blessing to our continent.”- Dr Snowy Joyce Khoza 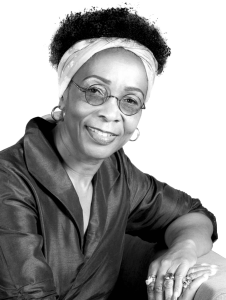 Born in Pretoria, South Africa during Apartheid, Dr Snowy Joyce Khoza would use the street light near her house to study. She was hungry, shoe-less and grew up under the poorest and most discriminatory circumstances. Little did she know that one day she would become the first female Executive Chairperson and CEO of Bigen Group of Companies in Africa.

Please go to this link to YouTube that provides the story of her life and her accomplishments, “Clicking Stilettos in the Corridor of Power”.  Dr. Khoza has achieved the heights of corporate world despite growing up in the most challenging racist environment. Her stiletto shoes are her trademark! Whenever you see Snowy, you will see her in beautiful shoes that are a mark of pride.

Kectil loves Dr Khoza’s rule for living: exhibit ethics, morality and be completely incorruptible. Dr. Khoza’s outspoken refusal to blend into any aspect of corruption is part of her passion.  What would the world look like if everyone practiced this rule?

Dr Khoza has received several awards in recognition of the strides she’s made as a corporate leader. In 2016, she was recognised by Women4Africa as one of the top African women leaders in her sector. In 2015, Snowy was recognised by the South African Young Professionals Forum of the Council of Engineers for Uplifting Women in the Construction Industry and Consulting Engineering profession. In the same year she was recognised by CEO Global and was honoured with a Lifetime Achievers award as a Most Influential Woman in Africa and was also awarded the Top Performing Business Leader Award in South Africa. In 2015, she also received the Unashamedly Ethical Leader Award from the Unashamedly Ethical International Organisation. In 2014, she received the Continental Lifetime Achievers Award from Africa’s Most Influential Women.

There is no doubt that Dr. Khoza’s life story, wisdom and advice will teach you how to succeed through determination guided by the beacon of ethics and morality. Please watch the YouTube video and then share and comment!