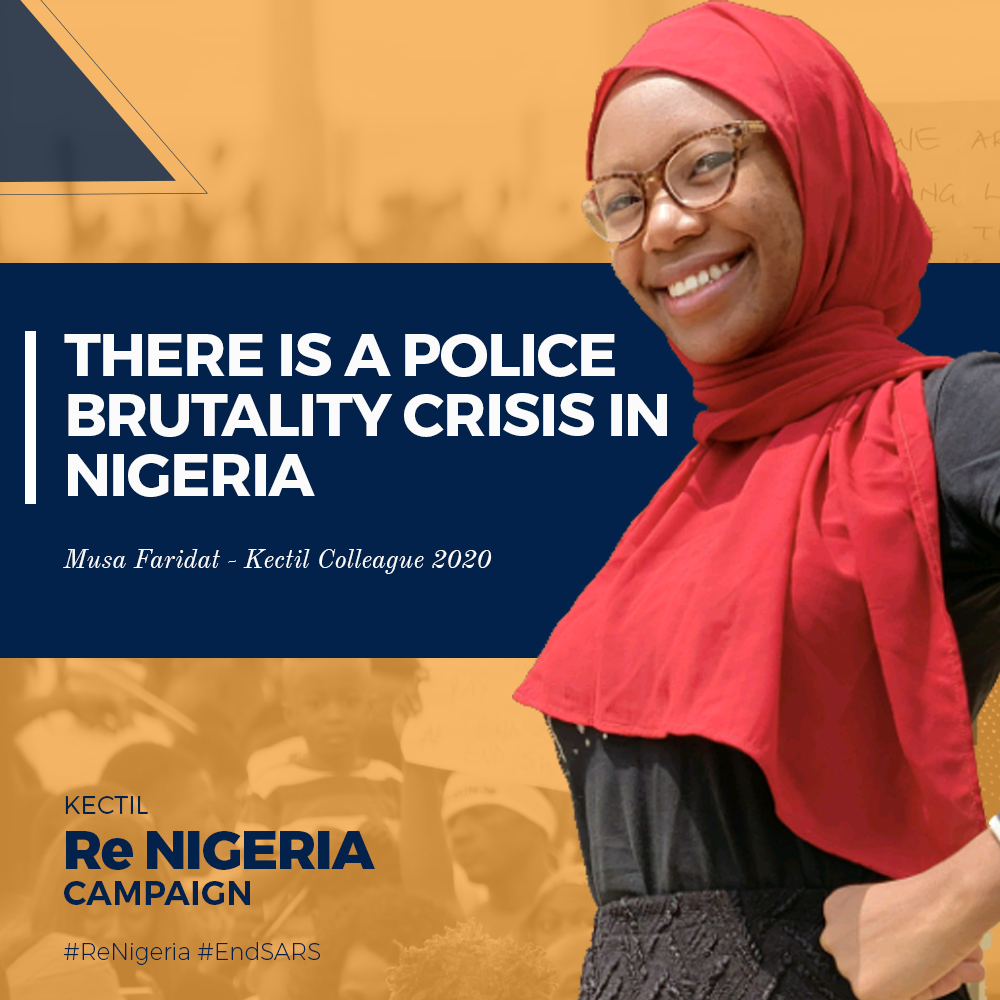 2020 has thrown so many lemons at the world. In a space of ten months, we have dealt with losses from crude oil price crash, natural disaster, racism, police brutality and the scariest of all being COVID-19.The world is still bearing the brunt of these inadvertent reality which are not show any sign of waning soon. In Nigeria, young people are being harassed and denied of multiple rights by her police. If you are reading this, you most definitely will understand why these lemons can not make fine lemonade.

The police are saddled with a civil responsibility of ensuring safety of lives and properties. Unlike the army who protect territorial integrity, police officers are confined to neighbourhoods, streets and major roads. A certain degree of familiarity should exist between the police and the policed by nature of this proximity, but that is lacking from all evidences. The Nigerian Police Force has a subunit under its intelligence and investigation unit known as the Special Anti-Robbery Squad, popularly referred to SARS. And this subunit, for the most part, has been a constant source of terror to youths in my country.

There was a marked surge in robbery, rape and murder incidents during covid-19 lockdown across the country. These cases were not limited to unguarded environs only. Instead of rapid response to these reports, officers first request illegal fees dubbed ‘mobility fee’. Residents were contributing monthly to pay for police services that should be ordinarily be free by virtue of citizenship. This means poor people, who account for a significant portion of the populace, are deprived of these ‘services’. This crass inefficiency and corruption is too glaring but that discourse is for another day. The notoriety they embody is the more worrisome challenge.

For a longest time, this anti-robbery unit has been infamous for activities that lack iota of empathy and regard for human lives. They have been recorded attacking people but they have a penchant for victimizing young people. Young men peak on the scale of high risk intimidation, although everyone has received at least a second-hand sting of this injustice. Young people are literally arrest for nothing then required to post overinflated bail(read:bribe).

Depending on the purview of their assignment, they could be stationed at checkpoints or be on patrol. Either kinds of assignment they have fashioned into money-making ventures and life-hunting missions. The mobile ones now exceed their jurisdiction by raiding houses randomly. The checkpoint officers multiply their basic salary by demanding paltry amounts from motorists. Once I’ve witnessed a lawless driver being excused after bribing officers. Criminals can be freed if they can afford bribe while law abiding citizens detained for lacking the financial capacity to bribe officers.

Why should honest and enterprising youths be conscious of people sworn to protect them? One answer. The police have made themselves into robbers, kidnappers, rapists and murderers. Their new direction is akin to terrorism.  The impulsivity and arbitrariness of their arrests keeps young citizens weary of police officers. Last year, they raped ladies whom they arrested from a nightclub with nylon –in place of condoms. These criminals masquerading as officers of the law are evolving with technology, no longer robbing youths traditionally. They go on patrol with their P.O.S. machines and Bitcoin wallets to facilitate the extortion process.

It is rather ironic that a group expected to fight robbery is at the frontline of advancing it, and other related vices. From a basic assessment of the accusation they levelled against people, it is evident that this so called intelligence officers have zero expertise in detecting criminals. They round up youths and accuse them falsely until even they begin to believe their lies. Any young person in possession of a laptop or Iphone can automatically be profiled as a ‘yahoo boy’, or what you might know as a ‘Nigerian prince’. For dressing decently, one can be accused a thief and thrown in cell. Ladies have been raped and battered into performing other sexual activities.  They arrest people based on baseless and impoverished stereotypes. Victims of these arbitrary arrests are sometimes released after sweating out an exorbitant bail –which is supposedly free. Some unlucky victims are tortured and even killed when the cells become too congested. Some never get out. Based on countless stories of their malevolent act, it can be safely inferred that the SARS is an organized crime unit.

Amnesty International documented at least 80 cases of maltreatment and killing between January 2017 and May 2020. Few of the cases reported during the COVID-19 lockdown pronounced the brutality. Everywhere you look on social media, there is a new post signaling for rescue from someone being seized by SARS. Every time you step out, there is a SARS troop around the corner waiting to search you unwarranted. The frequency of these oppression begs a question: If these officers seem to be ever-present to extort from youths, where do they flee to when trouble is incited by criminals?

Freelancers are hounded on a daily basis for contacting foreign client. As if surviving in Nigeria is not hard enough, these men conspire to make it unbearable. On twitter, there are several accounts sharing real-time location and update on the activity of SARS. They are providing information on which routes SARS men are prowling and the manner of their operation. Like a weather forecast, you analyze the information to decide whether to go out or stay in, and decide what to wear that will camouflage you from their preying eyes.

The president recently signed a bill that grants the police more autonomy. It has been generating controversy online because it bestows limitless power on them. Police men can now search and arrest without warrant, based on mere suspicion. Not that this absurdity was not common practice amongst the members of the force prior to the bill. It is just tactless that injustice was being legalized. The bill leaves a massive grey area, left to be interpreted at the discretion of officer. Furthermore, it provides an avenue for SARS men to unleash the fullness of their predatory tendencies and by extension, undermining our fundamental human rights. In less than two weeks after this bill was passed, this impunity waxed stronger and a man was murdered and robbed of his car by members of the SARS.

Following public outcry and counter-violence the incident ignited, governors and lawmakers come online to ‘express shock’ as usual. The police inspector was banned the SARS after the killings –which they have done four times in the last three years. Fed up with the intermittent banning and periodic performativeness, youth stormed the street to register their displeasure and demand. What started out spontaneous would organically snowballed into a nationwide peaceful protest covering major cities.

There has never been a clearer indication of pent-up despondence than enormous turnout for the protest. For days, they were repelled with teargas, water cannons and live ammunitions –by the police and hired hoodlums – which killed over 56 people but they weathered all and returned the next day. The government responded albeit unsatisfactorily by merely renaming the now defunct SARS, SWAT (Special Weapon and Tactics Team). As the protests continued, the government responded again. This time with violence. The Army confined protesters into small space and shot at them. During the calculated shoot out, there were casualties and fatalities. It is being called the Lekki Massacre. One thing stood deafening during these moments of trial: the president’s silence.

Nigerian have been demanding an address from the president. When he did, he did it passive-aggressively without mentioning prosecuting rogue officers or at least paying condolence and compensation for families who lost dear ones during the deliberate shoot out. Asides the scourging police brutality, incessant looting of private businesses is posing another serious. In the face of these unfortunate series of looting, the police have not stepped in to save these small and thriving business but were conspicuously present to brutalize armless protesters.

‘The police is your friend’ is a very popular line I’ve heard it since I was a kid. But they have never been my friend. Young people are living under severe threat from every possible angle. Everyone of us here is a potential victim of one ill or another. So I ask, am I next?

*This is the original written work of Kectil Colleague Musa Faridat. She is a medical student from Nigeria with a keen interest in emergency medicine. She is a serial volunteer who furthers gender equality and good health for all with her organizational and writing skills.