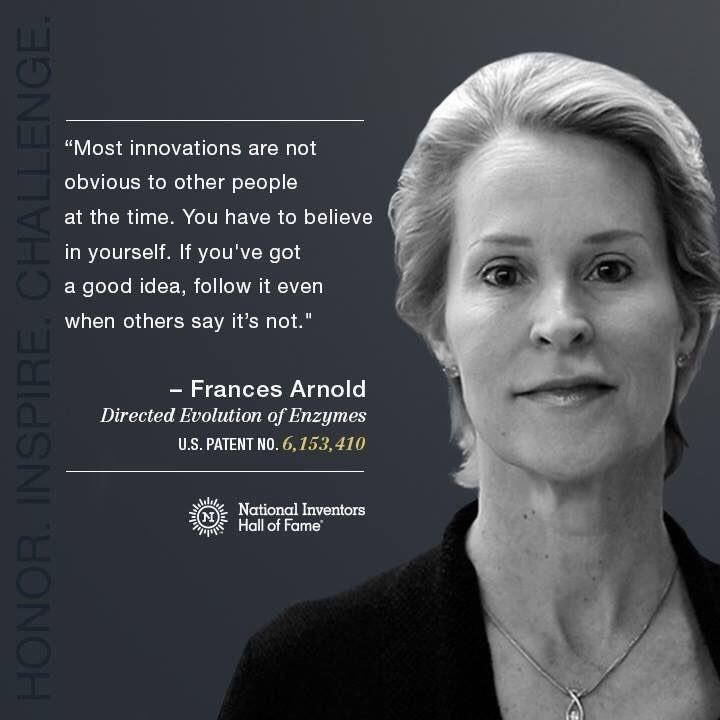 “Don’t be afraid of hard work. Nothing worthwhile comes easily.

Don’t let others discourage you or tell you that you can’t do it.

In my day I was told women didn’t go into chemistry. I saw no reason why we couldn’t.”

This week, Kectil will be focusing on females in science!

The Kectil Program congratulates Frances Arnold for her award of the 2018 Nobel Prize in Chemistry. Ms. Arnold is a wonderful role model for females globally as she is proof that females can make primary contributions to the physical sciences.

Ms. Arnold is a Professor of Chemical Engineering, Biochemistry and Bioengineering at the California Institute of Technology. She studied engineering at Princeton University and received her Ph.D. from the University of California, Berkeley.

She was awarded half of the 2018 Nobel Prize in Chemistry the prize for performing the first directed evolution of enzymes. This scientific milestone allows chemists to mutate enzymes in ways to give them new capabilities or improve their performance. Directed evolution has led to the development of a range of new drugs like the best-selling immunosuppressive prescription medicine Humira, also known as adalimumab, which treats autoimmune diseases like arthritis and Crohn’s disease. The process she discovered has also been used in the production of renewable fuels and in the more environmentally friendly manufacture of chemical substances, some of which are found in common household items. She shared the prize with George P. Smith, a researcher at the University of Missouri, and Gregory P. Winter, at the MRC Laboratory of Molecular Biology in Cambridge, England.

Frances is the fifth woman to win a Nobel Prize for Chemistry. In 2014, she was inducted into the U.S. Patent Office National Inventor’s Hall of Fame. In 2011 she was awarded the National Medal of Technology and Innovation, which President Barack Obama presented to her in 2013.

In a 2014 interview with NPR, Arnold acknowledged the sexist barriers and stereotypes that female scientists face, but she suggested the best way to overcome these attitudes is to ignore them. Arnold stressed the importance of women in STEM (science, technology, engineering and math) careers in an interview with HuffPost in 2016, shortly after winning the Millennium Technology Prize. “I hope that my getting this prize will highlight the fact that, yes, women can do this, they can do it well and that they can make a contribution to the world and be recognized for it,” Arnold said in an email. “I hope that women will see that one can have a rewarding career in science and technology.”

Kectil celebrates Frances Arnold for her recent achievement. We encourage females not to shy away from STEM courses and careers. The world needs your scientific talents and contributions!